The pandemic changed everything—especially in the insurance world—and now, insurance agents are struggling to hire more than ever. Agents are not only fighting a local talent war, but also national (and even international!) battles for qualified candidates. With the talent war raging, insurance agents find themselves struggling to compete against larger carriers and insurance organizations for the best and brightest. To even the playing field, it’s crucial to have someone who’s an expert in this field that will provide great insight into how to not just compete against, but beat, the “big dogs” that insurance agents are losing talent to right now.

So we’ve brought in author, agent and insurance hiring consultant Alex Shattuck to share with us the 5 top mistakes he sees insurance agents make when it comes to hiring. In his role as President & CEO of Autopilot Recruiting, Alex has worked with over 1,200 agents across the United States, helping them make the right hires for their offices even in the most challenging market conditions. As an United States Marine Corp veteran who served in Fallujah, Iraq, Alex brings a unique perspective, applying the lessons he learned on the battlefield to business and informing his approach to agency hiring. Check out Alex’s top 5 hiring mistakes that he regularly sees insurance agents make. 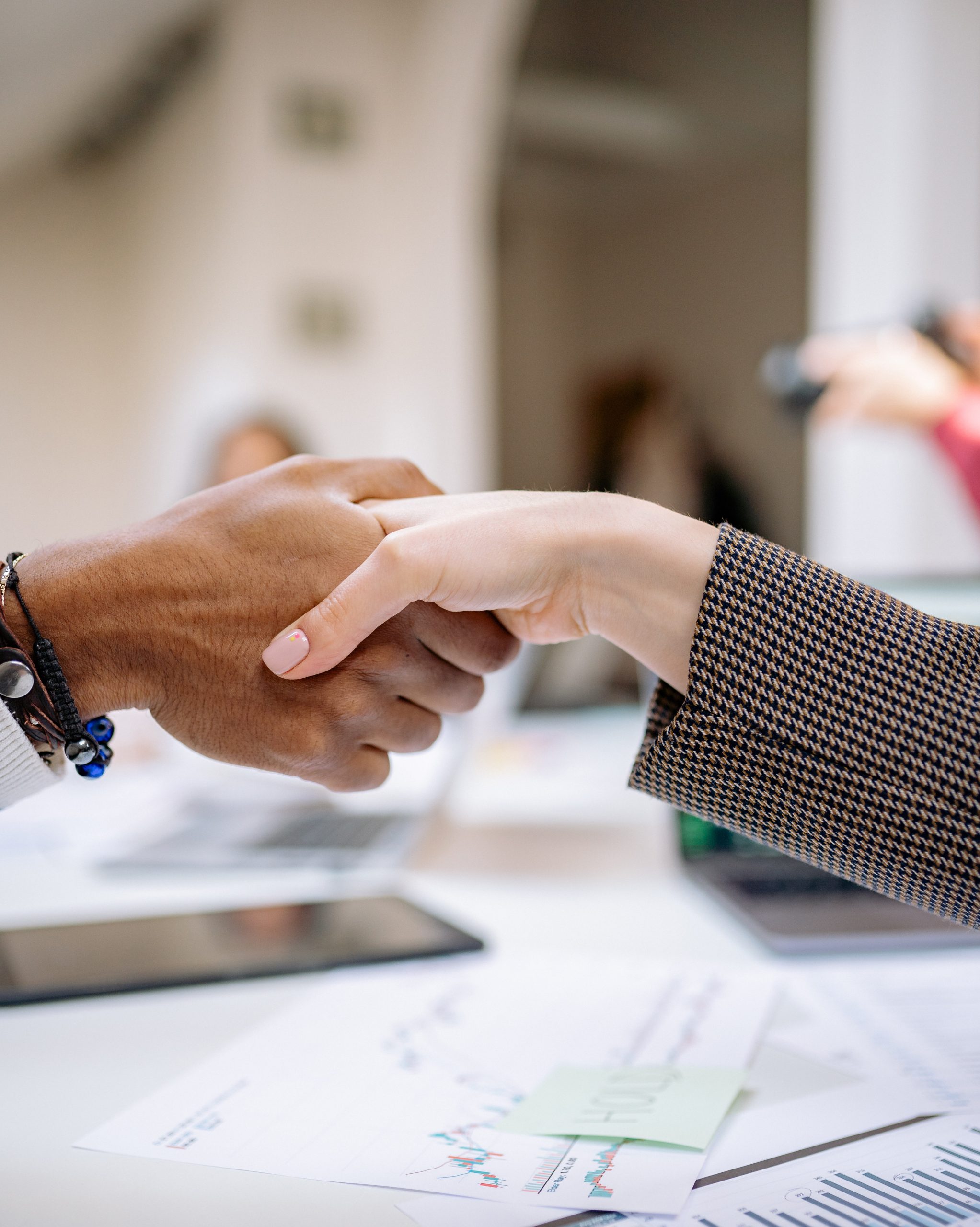 1. Putting Up Too Many Barriers To Entry

As insurance agents we need to be willing to look at candidates through a different lens than what we may be used to. I recruit for over 1,200 insurance agents across the country and I see far too many struggle to staff their agencies simply because they’re decreasing the candidate pool in a major way before they even start to recruit. When I travel the country and speak to insurance agents, I usually do a short exercise to demonstrate this concept: I ask the audience to stand up, and from there I instruct them to either remain standing or take a seat according to their answers to the following questions:

In every case, after asking those four questions, every agent in the room is seated. My response?

“Not one of us is qualified to be here.”

The fact that none of us are qualified doesn’t keep us from asking for too much within our job descriptions, however. Most agents want every box to be checked. It’s like they’re picking their next spouse! They put everything in there they don’t have but wish they did have. They feel this will attract that unicorn. The reality is that unicorns simply don’t exist—and if they did, they wouldn’t be applying to our offices. All agents do when tossing these “must haves” into their job description is make great potential candidates believe they are not qualified; as a result, they keep on scrolling.

What unnecessary barriers to entry have you put up that are harming your recruiting efforts? Are you eliminating large segments of the population from your candidate pool? Is that a wise move while fighting the talent war we’re in right now? There’s nothing insurmountable about our insurance sales process that we can’t coach and train to good people.

If you remember one thing from this article I hope it’s this: Don’t stop recruiting. EVER.

Insurance agents hire the best future insurance agents to their teams when they don’t need to hire but do so anyway. Recruiting only when you have to hire is like going to the grocery store hungry… we make bad decisions that turn out to be really expensive!

The daily activities that drive results in this space are things that can, and should, be done every single day. It may sound overwhelming but it doesn’t have to be. It’s no different than what you see with health and fitness. If you’re two weeks out from spring break and you decide to start moving your body and paying attention to what you’re eating, you will probably need to really lean on those Instagram filters and get real creative with those angles if you’re going to be pleased with what you post. On the flip side of that, if you just remain consistent and do a little bit every day year-round, you’ll be fine!

I just said that when it comes to hiring, you shouldn’t hold out for unicorns. I stand by that statement. What I’m talking about here is something different—your current stable of agents. All too often, average agents are allowed to remain on the team for too long.

Think about how many insurance agents you have selling for you right now. Who’s in last place in regard to production? What is that agent selling? In contrast, what’s your top producer selling? What would the future look like for your agency if you were to upgrade that bottom producer to an agent that could sell as much as your top producer?

I typically don’t make many new friends when I share my thoughts on this topic, but stay with me. I get it. We’re loyal people and we hate talking about this. I certainly don’t think loyalty is a bad thing but I’d like to remind you that loyalty is a two way street… and longevity does not equal loyalty.

The other reason we shy away from this topic is because we understand how expensive it is when we make a bad decision on a new hire. The data is consistently thrown in our face; we’ve also made those bad decisions and felt it in our bottom line. I hate losing money too, but if you’re going to consider how much money you could lose on a bad hire, you must also consider how much money you’re guaranteed to lose by settling for average performance.

You can’t stop there though—I bet you get paid more than one time and more than one way on the business that’s written by your team. When factoring in residual benefits, bonuses, and beyond… we’re talking about not just breaking even with that potential bad hire… but we’re talking about it costing us tens of thousands of dollars more every single year. When you compound that over the course of your career we’re really talking about millions of dollars. That’s what it costs you when you settle on average: millions.

4. Leaving Good Candidates On The Market

My wife and I met in preschool. That’s not where our love story really started, though. My senior year in high school I got into a fight and was suspended. I was 18 and decided I’d go to the 18-and-up night at the college bar with my future wife and her girlfriends. It was that night I realized that I really like this person—and wanted to “do life” with her.

So I stayed by her side all night. When she was on the dance floor, I was on the dance floor. When she’d walk over to the bar, guess where I was? I was with her at the bar. What I didn’t do was separate from her for the next few hours and try to catch up with her again at 2 A.M. closing time. I didn’t want to leave our relationship to chance, so separating was just not an option for me. I stayed with her.

That’s not what I find insurance agents doing when they find a great candidate they want to “do life” with: Instead of staying together, they send them off into the world to get their licensing and study off-the-clock, with no promise of a job when it’s all said and done. All of this while there are four other job offers waiting for them in their inbox. And then they wonder why they get ghosted…

Stay with them on the dance floor! Get them in your office and get them off the market. If you are worried about the cost, consider having them make sales calls for your licensed agents 4-5 hours each day and studying the rest of the time. How much does a warm transfer insurance lead cost? What if your new hire generated four to five of those each day? That value—plus the additional production that would spring from that—will not result in any type of loss for you financially. Not only that, you’ll also get a chance to see if this new hire is willing to pick up the phone and make sales calls before you invest too much time, energy, and payroll into him or her.

5. Not Being Prepared To Interview

All our agencies are just one hire away from taking our businesses to the next level. There’s no greater sale you’ll ever make that’ll impact your business more so than landing an amazing new hire.

So why don’t we prepare to interview like we prepare for a big sales presentation? We must put comparable time and energy into this or we’ll miss out on top talent which will cost a lot of money over the years.

We also can’t look at interviewing like a chore. Knowing that we’re all one hire away from that next level—what could we possibly be doing that’s more important than getting in front of that next best thing? Meeting with customers and prospects? If you had a bigger and better team, they could meet with your customers and prospects for you. Coaching and training your team? If you had a better team they wouldn’t require as much coaching, training, and oversight. Of course, they still need it, want it, and are deserving of it, but you’ll be able to do it because you want to—not because you have to.

You must be prepared. It isn’t a chore. It’s just like any other sales process—some won’t show up, some won’t be eligible, some will tell you no, but we go through all of that as insurance sales people to get to that one sale. The same thing goes with interviewing. Step up to the plate and take some swings. Good things will happen.

If you’d like to learn more on recruiting from the guy who wrote the book on it and actively recruits for over 1,200 insurance agents across the United States visit Autopilot Recruiting. You can also follow Alex Shattuck and Autopilot Recruiting on Facebook and Instagram. His newest book, “Small Business BIG RECRUITING: How to hire in any labor market and within any market”, can be found on Amazon (and make sure to check out Alex’s previous book Complacency Kills).